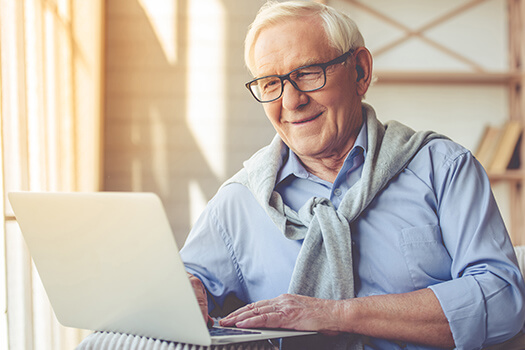 Each day a growing number of seniors log in to social media accounts to connect with people and check out the hashtag for the day. Even elderly celebrities can’t seem to stay away. Victoria elderly home care professionals discuss 5 elderly stars who are hooked on social media.

Internet sensation Helen Van Winkle (a.k.a Baddiewinkle) gained social media popularity at the age of 85. The 88-year-old Tennessee native’s love of outlandish clothing has earned her over 2.8 million Instagram followers to date. Baddiewinkle is also active on Facebook and Twitter.

Actor and comedian Dick Van Dyke was born in 1925. His role as Rob Petrie on the Dick Van Dyke Show made him an instant star. The Television Hall of Famer tweets, re-tweets, and replies several times a day when he is on the Twitter platform. He also uses Facebook and Instagram regularly.

Best known for her roles on the Golden Girls and the Mary Tyler Moore Show, Betty White has become one of America’s oldest celebrity sweethearts. With millions of followers on Facebook, Instagram, and Twitter, the 95-year-old actress gets attention anytime she posts.

The 75-year-old scientist Stephen Hawking has ALS (amyotrophic lateral sclerosis). This theoretical physicist has made significant contributions to the field of general relativity. Despite being wheelchair bound and reliant on a computerized voice system, he often posts scientific information to his Facebook and Twitter accounts.

Recognized for his roles in Driving Miss Daisy, Million Dollar Baby, and Bruce Almighty, Academy Award winner Morgan Freeman is an avid social media user. He is active on four social media platforms: Twitter, Snapchat, Facebook, and Instagram. His favorite medium is Twitter where he tweets almost every hour.

If your senior loved is not connected to social media and would like to be, you may want to introduce him or her to these senior social media stars. For more information on helping your loved one stay entertained through social media, reach out to Home Care Assistance. We provide professional respite and live-in care, and we also provide comprehensive dementia, Parkinson’s, and Alzheimer’s care. Victoria families can call (250) 592-4881 to learn more about our services and how we can customize them to meet their loved one’s needs.